The word ‘theatre’ (theatron in greek) refers first and foremost to the place and architecture of a performance, rather than to what is being performed. Even after centuries, a theatre’s architecture represents the visual order from which it emerged: the possibilities for artistic production are historically conditioned. The geometrical space of architecture is pitted against the anthropological space of its use.

Daniel Kötter, video artist and director, and Constanze Fischbeck, set designer and video artist, both live in Berlin. Their works are at the interface between theatre and the fine arts. For Afropolis, they have extracted the Lagos section of their staats-theater project, developing it independently from the other stations of Teheran and Berlin. staats-theater [1] – Lagos focuses on the Lagos National Arts Theatre, which was built for the FESTAC 77 (the Second World Black and African Festival of Arts). The building not only testifies to the desire to showcase a national culture, but also to a cultural policy of large-scale empty gestures that have no sustainability. Kötter and Fischbeck contrast the gigantic auditorium, now empty and dusty, with the city’s eclectic street-life performances. The empty theatre may also become a projection surface for alternative uses – visualised by architects Manuel Shvartzberg and Ayodele Arigbabu in tourist advertising brochures. 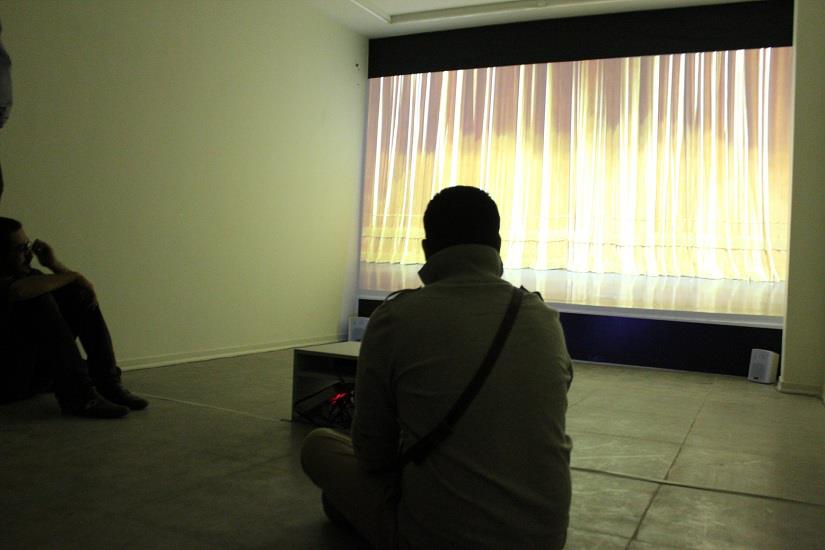 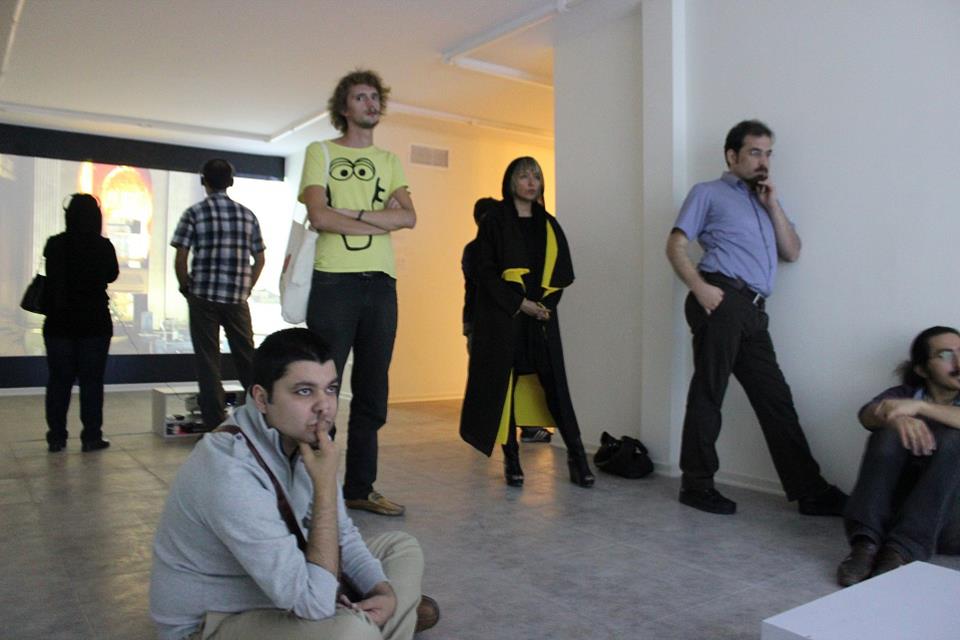 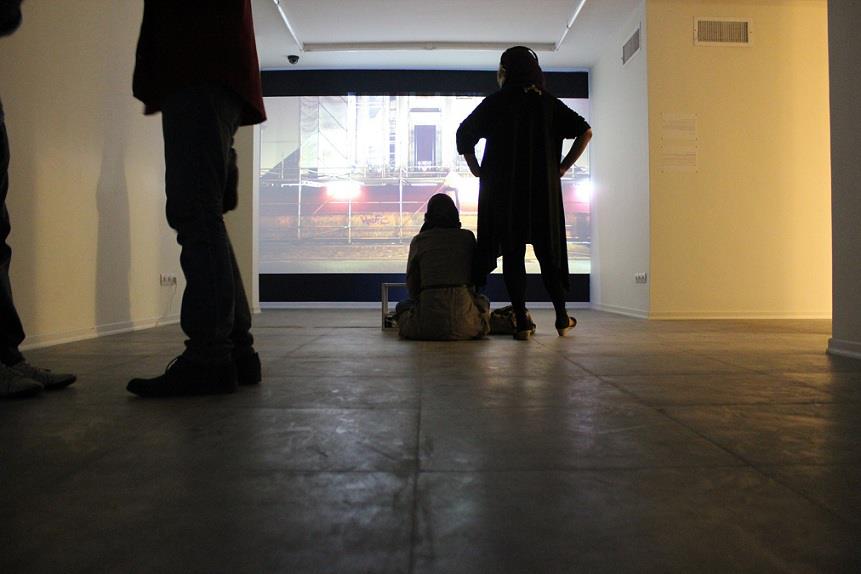 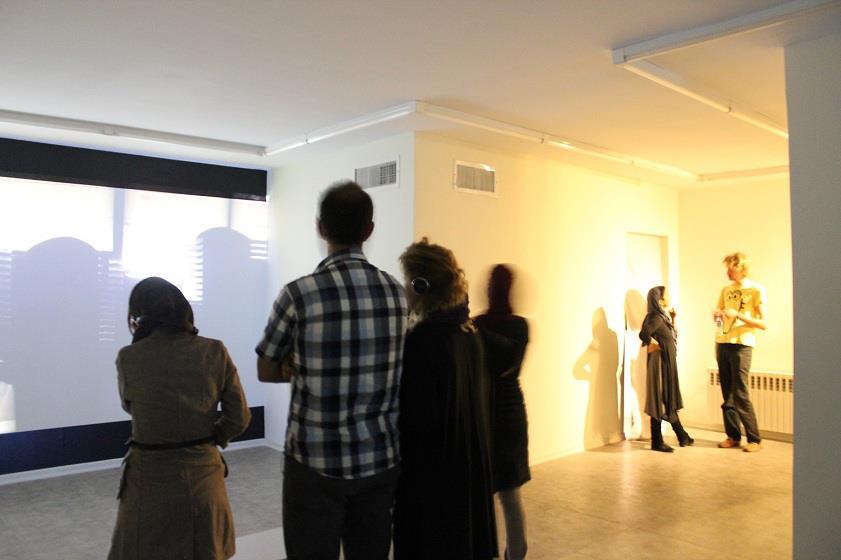 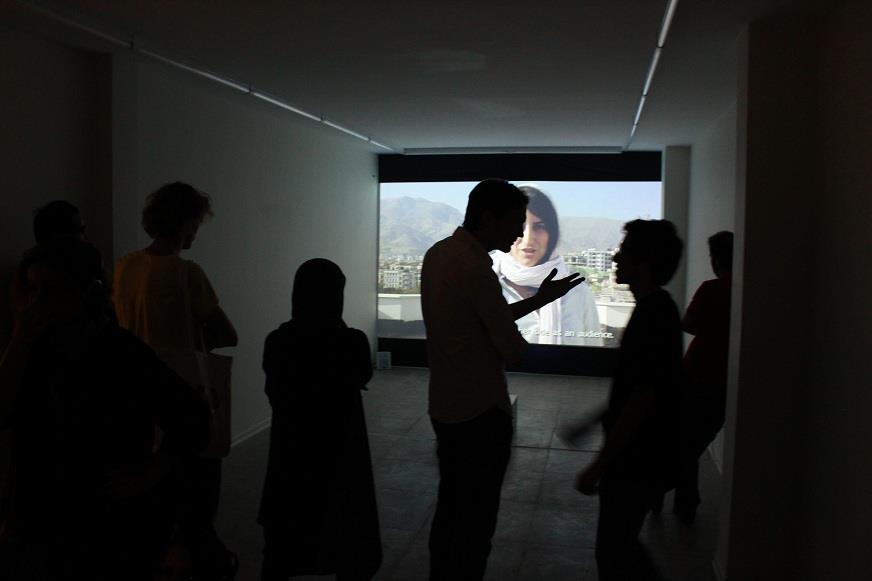 2nd case study: TEHRAN
The Tehran Vahdat Hall was Iran’s first and only classical opera and ballet house.
Commissionedin 1966 by the Shah’s regime, the main hall resembles Vienna State Opera.
Its ornaments reiterate the forms of Persepolis, the central representative architecture of the ancient persian Empire.
For 13 years the hall hosted the classical ballet and opera repertoire though
the official archive of Vahdat Hall does not keep any records of that period.
Zoom Out: Since the Islamic Revolution in 1979 no opera and ballet performances have taken place in Vahdat Hall.
Zoom Out: Sara Reyhani, trained as a dancer, was featured as a soloist in the first performance of so called ‘rhythmic movement’ on the stage of Vahdat Hall in 1999.
Zoom Out: In 2004, due to a private initiative, the former workshops of Vahdat Hall were turned into a puppet theatre: Ferdosi Hall is the only stage for opera production in Iran nowadays.
There are currently no plans to return Vahdat Hall to its originally intended use as a ballet and opera house.

Case study 3: Berlin
The Staatsoper Unter den Linden, built in 1741, is the oldest theatre building in Berlin. In the course of its history it represented the most opposing political systems, from the Kaiser Reich to National Socialism and the Socialism of the GDR period. Its architectural layout was changed and reconstructed several times.

From September 2010 the Opera House has again become a construction site for four years. After year-long controversial debates the state representatives assigned the architects to preserve the building’s neo-rococo layout.