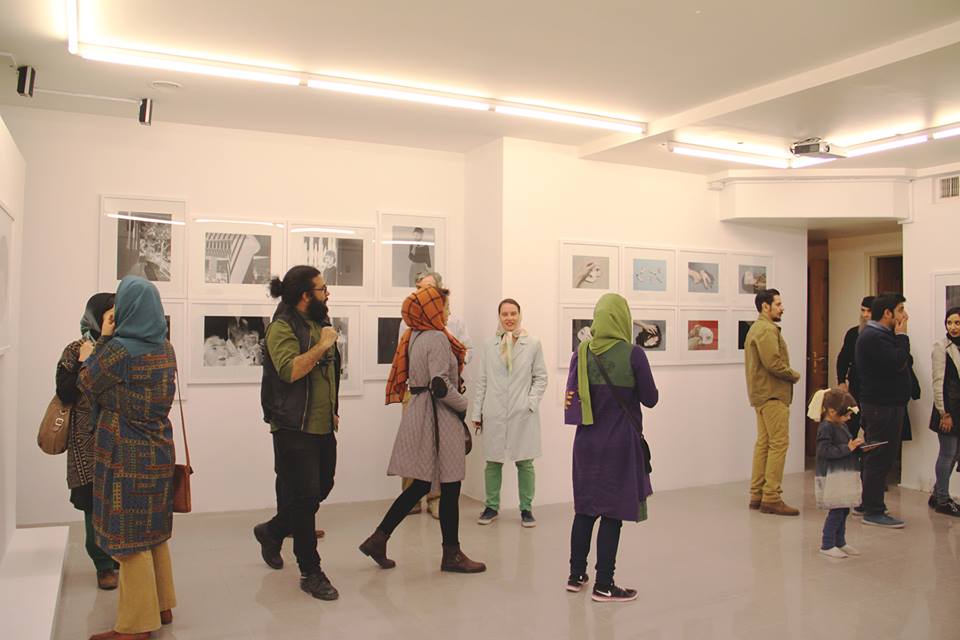 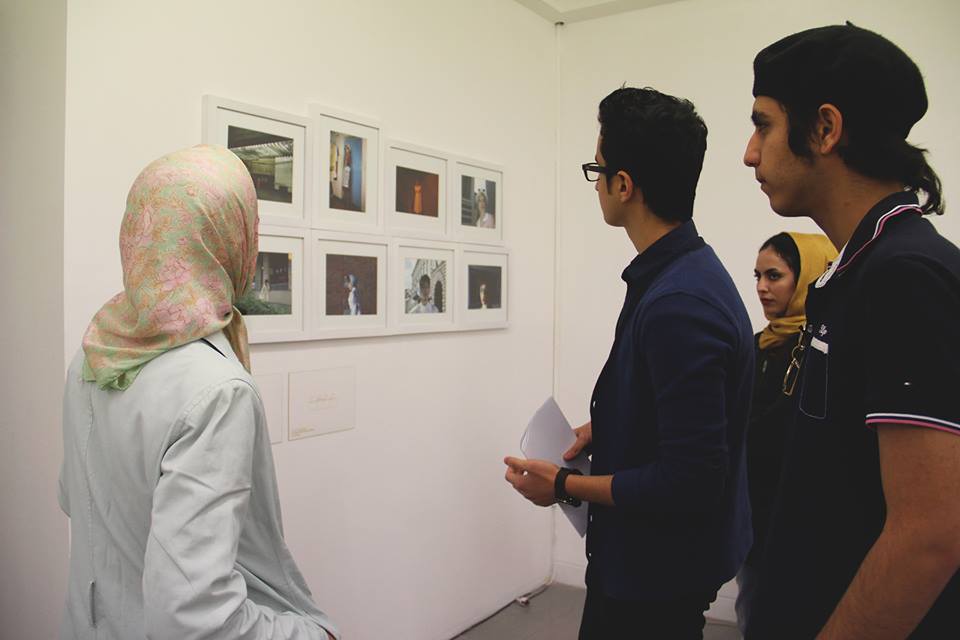 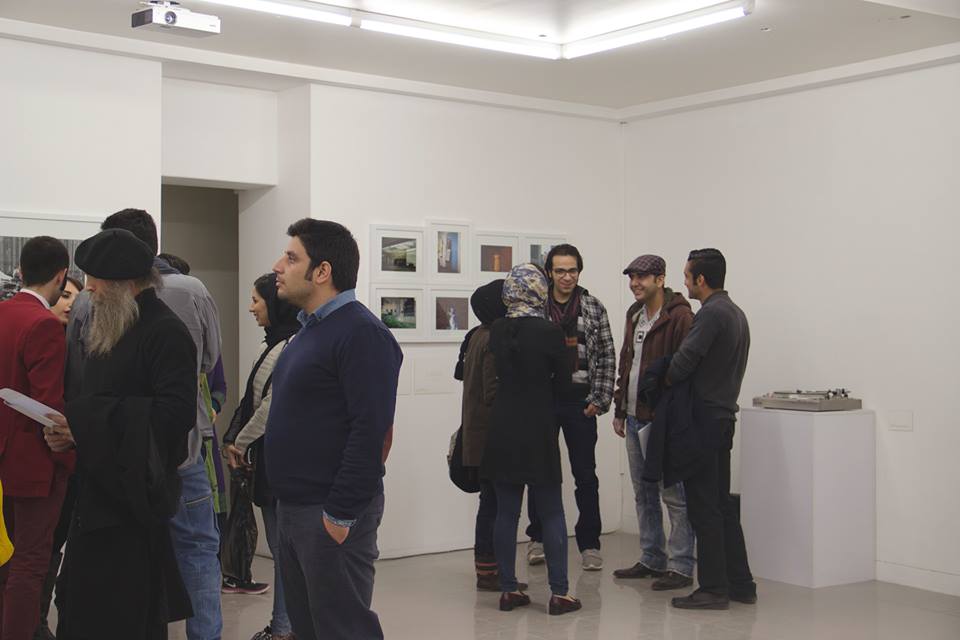 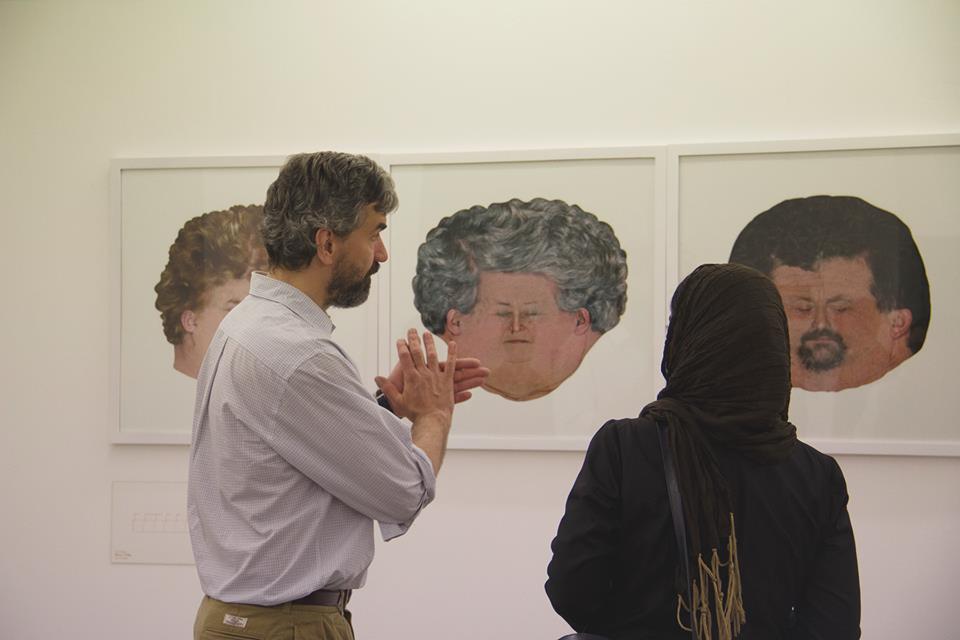 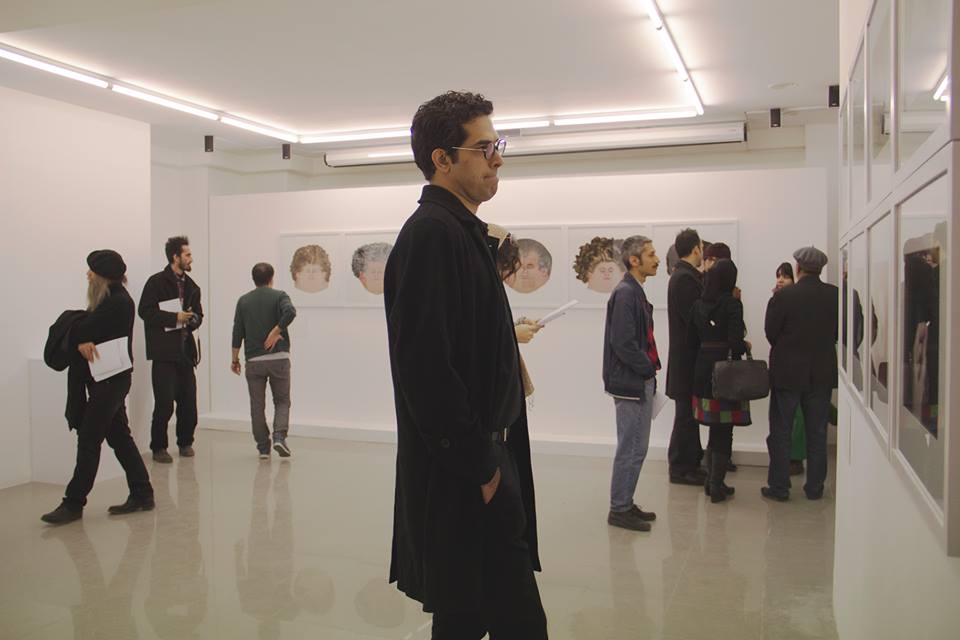 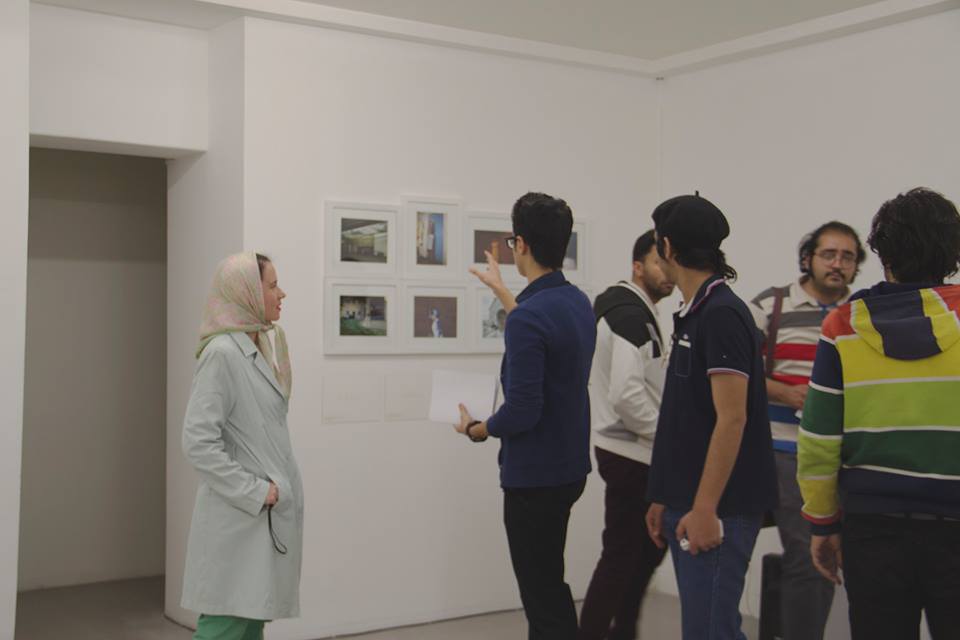 In this text I would try to clarify The Artist’s conceptual development by way of presenting a review of her past works. To do this, I would mention some of her works which are not presented here but mentioning them is necessary to understand the present exhibition. At the end, I would discuss the relationship between the works of J.S and A.K as I would clarify the reason for juxtaposition of their works in a single exhibition.

One of the most important collections in the oeuvre of A.K is the “Album collection” which is produced in 2005. “Album” includes a selection of the Artist’s childhood and family photos in which little Aneta is later removed through photo manipulation. In some of the photos we see her family and in others her school friends, she sometimes appears in a camping and sometimes in a party, but now in none of the photos any trace of her may be found. This absence is even more extravagant in her solo photographs: sands of a beach on which the viewer tries to reimagine the child-Artist’s image but there is no helping trace. We wouldn’t see the little Aneta: she is completely removed. In her close-up images, where the image’s background has less significance, this absence culminates, and the result is a null abstract image. The only referent of the image is absence, no less, no more.

The next important collection in in her oeuvre is “the untitled film stills”, in which the Artist has recreated the homonymous collection by Cindy Sherman in Warsaw. The main difference is that instead of Sherman’s B&W, now we get color photographs and the star is of course A.K herself. In Sherman’s collection the model is not necessarily the Artist herself, sometimes other people participate. The next important point about A.K’s collection is that unlike Sherman who has photographed stills of non-existent movies to demonstrate the metamorphosis of the media-age subjects in the post-war America with its blonde women and film noirs, Aneta is simply reproducing the already reproduced images. The reproduction of the already reproduced, in a way that the protagonist of the photo is now the Artist herself who is trying to search for herself in the other through the usage of devices like application of make-up and etc. If in A.K’s first collection there is no trace of her visible, in this collection she is reincarnated in Sherman’s personages in addition to Sherman herself as she has been preparing these mis-en-scenes and photographing them.

In the third collection, of which I’m going to write, A.K herself appears. If in the first collection there was no trace of her and in the second she has been reincarnated in someone else, in the third we see her making love with six dead woman Artists. In the collection “the book of Love” A.K has combined photos of famous photographers like Anna Mendieta, Hannah Wilke and Francesca Woodman with her own pregnant photos as a collage. The fact that all of these woman Artists have used their own bodies as subject in their works, presenting emphatic Feminist traces, juxtaposed with A.K’s pregnancy, opens the way for auto-biographical criticism: the Aneta who experiences another’s body. Alongside the different periods in her carrier, now we are confronted with a metamorphosed Aneta: pregnant Aneta in transition.

But the fourth collection we review, which can have a decisive place in the analysis of her oeuvre, is “Negative book”. Here Aneta has a daughter, which inevitably leads us to consider again her absence in her early photographs; that she has represented her childhood to us as an absence. Now, instead, she is photographing her family life with her daughter, a girl like her own childhood, but Aneta is looking for a way to distinguish between herself and her daughter. This struggle for identification which we have already seen in her previous works, in this collection enters a new phase. The love making in the “book of love”, accompanied with deformation and suffering of the pregnant bodies, has led to a black and white period in which Aneta distinguishes herself from a family member through a technical trick: She paints her body totally black so that her negative image looks totally white. Aneta wants to distinguish herself.

In the last two of her collections which I would describe the Artist’s engagement with her work culminates. In the “Selfie” collection this culmination happens as a brief summary of all her Artistic endeavors, as an attempt to gain recognition, and in the “Skins” collection, as she finds her principal working material in skin or more generally appearance.   In the “Skins” collection Aneta presents her face and other body parts through photographing the sculptures she has made; objects which instead of being exhibited are only presented to us through photographs. The difference between the natural and the synthetic are defied in some of the photographs because of the deliberate looseness of focus. “Selfie”, with its witty title, not only reviews the principal theme of Aneta’s work, but also manages to represent her “Self” in a post-media world.

In the present exhibition we are also introduced to the works of J.S, Aneta’s colleague and spouse, who has coauthored many of the projects with her. Nevertheless, three type of J.S’s works as presented here align themselves with the basic idea of his exhibition, that is “transition” and they can be considered significantly consistent with Aneta’s oeuvre.

J.S’s “Skins” collection is important because therein one can find the working material of Anet’as different work periods as immediately present. In this collection, each of the models have been photographed thousands of times from different directions and the photos are rejoined digitally as a peeled off face, separated from the flesh and body, stretched on the surface of the picture. This mature consciousness of the “skin” as the main interface of self and other is significant in many respects. As Dinora Pines write in “A Woman’s unconscious use of her body”:

“The skin clarifies the boundary between self and other and characterizes the meaning of each. The skin is the pathway for one of the most primary types of non-verbal communication between mother and child, where bodily interactions are observed and experienced. “

Considering the psychoanalytical phenomenon of transference, one can identify Aneta’s Artistic approach in her different life periods, specially her pregnancy and child bearing, with her past history and her relationship with her mother; the past which is unconsciously summoned in each period through her treatment of the skin as the mother or as the child and as a final awakening is employed as a principle of identification. The child Aneta would not find herself in the “Album” photos but instead tries to establish herself in the “Negative book”. Here, it is her child who looks evanescent, as one may imagine as a digression that sometime her child would remove himself from “Negative book” photos, just as Aneta has done it before and this is already almost done through the dark face he is given in this book. But the longer digression would be about relating Aneta’s self-omission from “Album” and her relationship with her mother, meanwhile in J.S’s work instead of a reacting to a phenomenon we find an investigation of the skin in itself.

This meticulous investigation is repeated in other exhibited works. In the work “Second” we are introduced to the expansion of a watch’s click to a musical piece, composed by a musician and played by a chamber orchestra and documented by J.S in ninety pages of sheet music.  If J.S investigates Aneta’s work in “Skins” through the recognition of their quintessential element, here this investigation happens through sound. The question “Who am I?” in Aneta’s works is replaced by “What is This?” in another work “??” J.S re-exhibits the Dutch Artist ??’s installation, where the lightning’s optical energy is turned into sound , audible from the lamps in the installation, and recorded on a vinyl disc. Looking more closely we see Aneta’s act of appropriation in “The book of love” is repeated here in J.S’s work and the Idea of “Transition” is emphasized not through visual devices but though sound, in a way that questions of identification is replaced by questioning the identity of things.