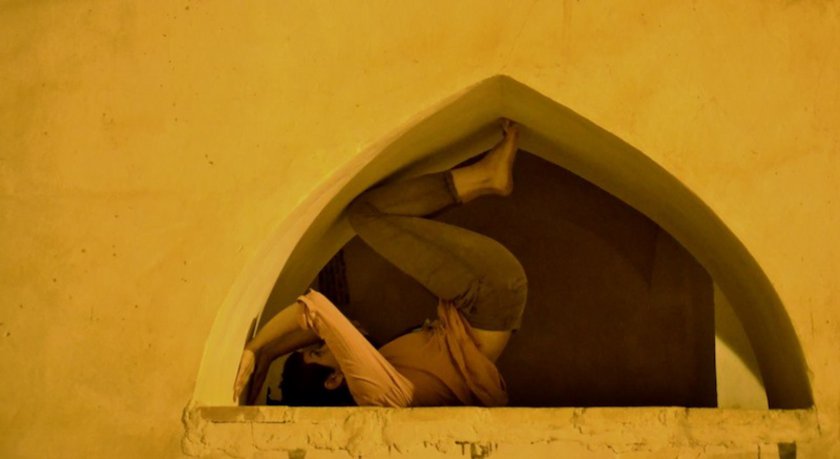 Here I am at ZK/U, as part of collective project curated by Alireza Labeshka (Studio for Contemporary Art/Isfahan) and supported by Raf Projects. The Urban Hegemony, is a project that aims to criticise the recent wave of gentrification in big cities in Iran, arguing that the change in the urban environment by the authority, has happened in a specific way to depoliticize the cities and reduce the human interactions to lead to an apolitical space.
Stretching somewhere between London and Tehran, I eventually gave up the attempt to locate myself. Suspended in/outside of the borders, unable to perform the appropriate maps of authorities, I began to redraw other maps, to manipulate the maps of others.

Places are produced, occupied, altered and performed constantly. What motivates me to do art and also to write is to question this process: the performance of place and the production of space.

In my site-specific performances, public interventions and interactive works, I try to transgress the normative geography of a given site and open up the space for the audience/participants to re-define it by their engagements.

The past two years, I have also been working on my PhD thesis in performance studies at Goldsmiths, University of London. For my thesis I am focusing on the gender performance in relation to space and the power structure. I specifically take a close look at post-revolutionary Tehran as my case study.